BPA Levels May Have Been Grossly Underestimated by the FDA

A new study shows that human exposure to Bisphenol A (BPA) may have been grossly underestimated by the FDA. Older, indirect measurements of BPA, long used for analysis of human exposure, may miss up to 90% of true BPA levels. Technological improvements now allow for direct measurement of BPA and its metabolites. A study comparing the methods showed the older, indirect method to be far inferior. Federal regulations for consumer safety have hinged on the assumption that Americans get negligible exposures to BPA— an assumption based on a faulty analytical method. 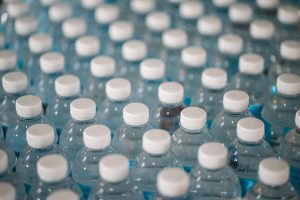 In a small sample of humans, the new method detected 19 times more BPA than detected by the old method. And it was 44 times higher than the average reported by the National Health and Nutrition Examination Survey, data that is used to set human safety standards.

BPA is a chemical that gives plastic its hard quality. It is an endocrine disruptor, meaning it acts like a hormone in the human body, interfering with normal hormone balance. Common sources of BPA are water bottles, baby bottles, toys, store receipts (thermal receipts), dental fillings and sealants, the epoxy coating inside of food and beverage cans, and more.

High levels of BPA may increase the risk of:

Store Opening Special Promo! Enter Coupon Code "100off" to Save $100 on Each Video You Purchase! Dismiss