How the Bacteria in Your Mouth Could Save Your Brain 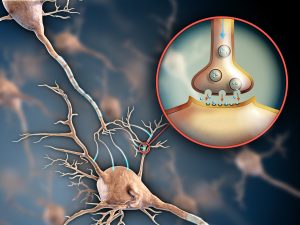 Did you ever suspect that the 20 billion bacteria that live in your mouth could be the explanation for brain inflammation and brain damage like that seen in Alzheimer’s?

We all have been touched by Alzheimer’s disease. It’s estimated to affect almost six million people in the United States. In Alzheimer’s disease, certain proteins accumulate and interfere with healthy brain cell activity. Those brain cells become damaged and eventually die. That is why Alzheimer’s patients don’t recognize the people they love. They may also lose the ability to walk, eat, or swallow. They literally lose the brain cells to do those things.  Alzheimer’s can be deadly for those same reasons.

If you have red, bleeding gums, or chronic gum disease, then you may have a significantly higher risk of getting Alzheimer’s disease.1 Indeed, the oral microbiome is not only a player when it comes to heart disease, diabetes, rheumatoid arthritis, cavities, periodontal disease, preterm birth, and cancers, but also Alzheimer’s disease.

So, how does this happen?

Three common factors seem to crop up when we look closely at the oral microbiome and the long list of associated diseases.

In Alzheimer’s, we have a few other ingredients added to the mix. One is that as we age, the immune system weakens. That allows bacteria to overgrow in the mouth, more so than in youth. More bacterial dysbiosis means more inflammation and higher risk for gum disease. And just in terms of geography, that could open the brain up to more bacteria.2

Another issue in Alzheimer’s is that inflammation and dysbiosis can damage the blood-brain barrier. The “BBB” is a vital barrier that separates the bloodstream from the brain. It is essential for keeping the brain safe from all of the junk that tends to circulate in the blood. If the BBB is broken down, then the brain is defenseless against bacterial invasion and inflammatory chemicals.

In one recent study, a bacteria known to cause gum disease, Porphyromonas gingivalis, was found in the brain, cerebrospinal fluid, and saliva of people with Alzheimer’s. The researchers concluded that P. gingivalis plays a central role in the development of Alzheimer’s.5

Interestingly, bacteria have many sneaky ways of getting into the brain. They can infect immune cells which later gather in the brain, they can damage and infect the endothelial cells that protect the blood-brain barrier, or they can infect and spread to the brain through nerves (like the ones in your nose or jaw). So, the bugs in your mouth have access to your brain (unfortunately).5

What this all means is that your oral health is more important than ever. The list of diseases linked to your oral health grows longer and longer. By encouraging a healthy oral microbiome throughout your life, it could improve your brain function in old age.

One of the most powerful ways to cultivate a healthy oral microbiome is to eat a healthy diet. Low in sugar and in refined carbohydrates, high in fruits and vegetables; this is the kind of diet that feeds healthy bacteria, which protect you from disease. When your good bacteria grow at high levels, they can crowd out potentially harmful bacteria, like P. gingivalis.

Probiotics, probiotic toothpaste, and regular dental hygiene will help you keep not only your mouth happy, but also your brain, heart, joints, and more. You can find out how to boost the good bacteria that live in your mouth in my book, Heal Your Oral Microbiome, which was just released on Amazon. 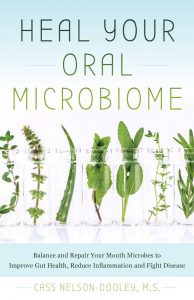 Store Opening Special Promo! Enter Coupon Code "100off" to Save $100 on Each Video You Purchase! Dismiss